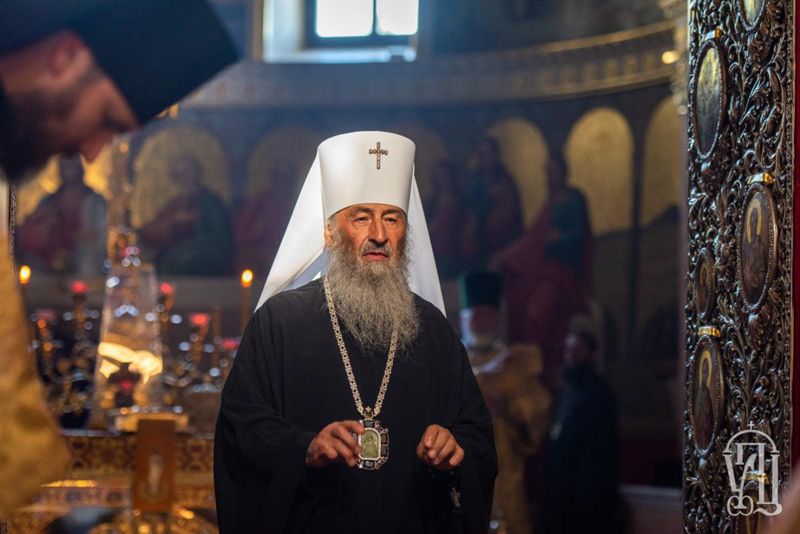 In Ukraine, “such a war has no excuse, neither from God, nor from people”

In an “Address to the Faithful and Citizens of Ukraine” on 24 February, His Beatitude Metropolitan Onuphry of Kyiv and All Ukraine (Moscow Patriarchate) candidly addressed the current situation: “Trouble has happened,” he said. “Most regrettably, Russia has started military actions against Ukraine, and at this fateful time, I urge you not to panic, be courageous and show love for your homeland and for one another.”

The Metropolitan of Kyiv and All Ukraine, and primate of the Ukrainian Orthodox Church, further urged people to pray for Ukraine, for the army and the people, to forget mutual quarrels and misunderstandings and to unite in love for God and the homeland.

“In this tragic time, we express special love and support for our soldiers who stand guard and protect and defend our land and our people,” he stated. “May God bless and guard them!”

Metropolitan Onuphry appealed directly to the president of Russia to ask for an immediate end to the “fratricidal war”. “The war between these peoples is a repetition of the sin of Cain, who killed his own brother out of envy,” he stated. “Such a war has no excuse, neither from God, nor from people.”

He concluded: “I appeal to all for common sense, which teaches us to solve our earthly problems in mutual dialogue and mutual understanding, and sincerely hope that God will forgive us our sins and the peace of God will prevail in our land and in the world!”